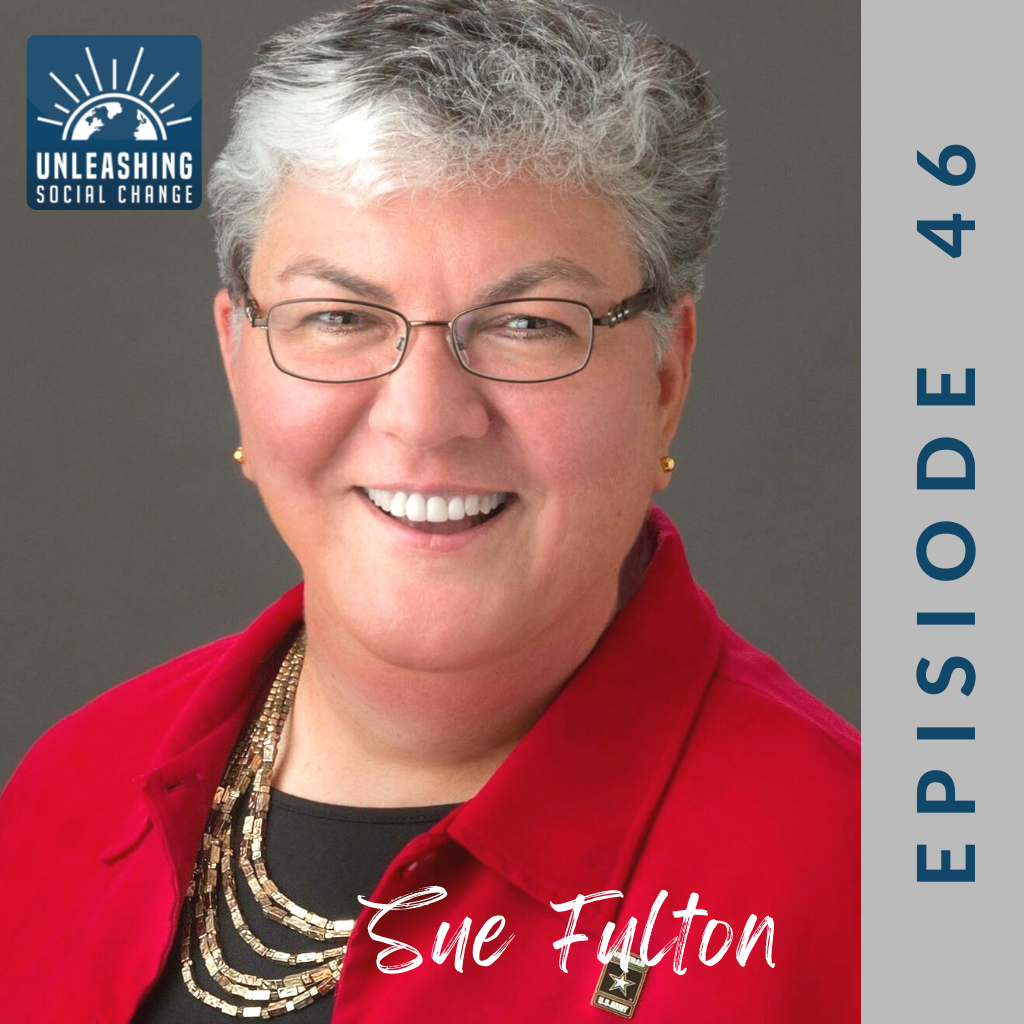 Like many of Becky’s mentors, Army Veteran Brenda Sue Fulton’s list of accomplishments is longer than a CVS receipt and chock full of lasting impact. Weaving her activism with community building, she has been a key player in ending the military’s discriminatory “don’t ask, don’t tell” policy and ending the military’s ban on openly serving transgender people.

A graduate of West Point’s first class to admit women, Sue shares her insights on how to muster the personal courage to keep going in the face of massive resistance.